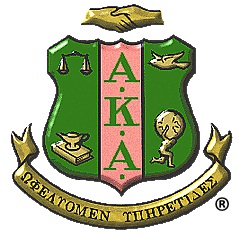 From this small nucleus, Alpha Kappa Alpha has grown to a membership of more than 100,000 financial, college educated women in the United States, Canada, Japan, Bermuda, the Carribean, Europe and Africa. The International Headquarters is located in Chicago, Illinois with a modern, fully-equipped office operated by an Executive Director and many staff members.

Through the years, Alpha Kappa Alpha’s program has had as its chief aim “service to all mankind”. The point of focus has shifted from time to time and will continue to do so as a necessary part of growth and change. However, there has always remained the constant purpose to cultivate and encourage high scholastic and ethical standards, to promote unity and friendship among college women, to study and help alleviate problems concerning girls and women in order to improve the social stature of the race, and keep alive within alumnae an interest in college life and progressive movement emanative therefrom.

Members of Alpha Kappa Alpha provide “service to all mankind” through the sorority’s program theme: Exemplifying Excellence Through Sustainable Service. This theme has a five target programs: HBCU for Life/ # College Application Process, Women’s Healthcare and Wellness, Building Your Economic Legacy, The Arts, and Global Impact.

In Alpha Kappa Alpha regions have been formed according to geographical location and density of population. Alpha Kappa Alpha originally organized chapters into regions in 1924 and charged regional directors as the lead officer.

Dr. Rose Butler Browne, the first Mid-Atlantic regional director, led the region with determination and commitment to “serving all mankind.” Focusing on the national theme of “Our Health, Our Strength”. The first Mid-Atlantic Regional Conference was held in Newport News, VA with Lambda Omega as the host chapter. Since 1953, there have been eighteen regional directors. There are currently 130 chapters in the region.

The Past is Prologue: Alpha Kappa Alpha 1908-1999 by Soror Marjorie Parker

Nu Chi Omega Chapter was chartered on May 23, 1981 in Oxford, North Carolina at the former Holiday Inn Hotel.  Evelyn Reid Syphax, the 16th Mid-Atlantic Regional Director, conducted the ceremony. The group consisted of  twenty members from the surrounding counties of Vance, Granville, Franklin and Warren.

The idea of starting a chapter in this area was fostered by those who saw a large number of inactive members living in the area who had expressed a desire to form a local chapter. Several were members of Alpha Zeta Omega Chapter in Durham, North Carolina. They were Lillie Moss, Geraldlyne Dunn, Catherine McGhee, Elizabeth Chavis, Juanita Cozart and Dianne Evans.  The contributions and assistance of Alpha Zeta Omega Chapter and its caring and nurturing members were prominent in the establishment of Nu Chi Omega.

Members Gloria Chandler, Geraldlyne Dunn and Lillie Moss provided the inspirational drive needed to get the process started.  Gloria Chandler worked diligently with Evelyn Reid Syphax. Her hard work, dedication, commitment and knowledge of sorority procedures inspired invaluable acts of love and service. Geraldlyne Dunn passed away in the spring of 2001 and Gloria Chandler became an Ivy Beyond The Wall in June of 2003. Members McGhee and Chavis did not join Nu Chi Omega because of illness and commitment to Alpha Zeta Omega. They were two beautiful and loving members who always helped wherever they could.

Nu Chi Omega has one Pearl member with at least 65 years of service, Shirley Holliday. There are two Golden Members with 50 years or more in the sorority: Lillie Moss and Carolyn White.  We are very proud of each of them.  The chapter currently has 18 Silver members with 25 years or more of service.

Certificate of Excellence 2018-2019 Reactivation Best of the Best